Although I’ve not been writing about it here, I am still exploring and experimenting with Kombucha albeit on a smaller scale but as yet there’s nothing new to share. I’ve also been exploring salting different fabrics and it’s interesting how different fibrous material response to the saline water, forming different types of salt crystal and formations.

I am still exploring the notion of making time visible and I’ve been spending quite a lot of time enjoying creating monotypes. Working with time in a different way, I like the immediacy, immersing myself in the moment, creating one off pieces. I like the sense of atmosphere that can be created and how the ink of the monotype records every touch, mark and texture, developing its own vocabulary and language. I find monotypes are a wonderful combination of printmaking, painting and drawing. 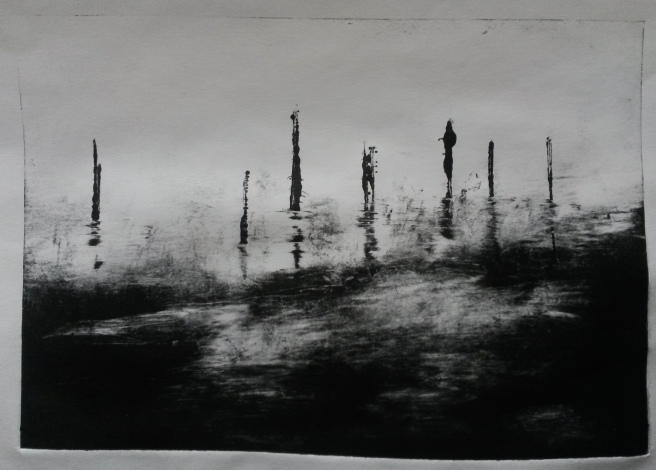 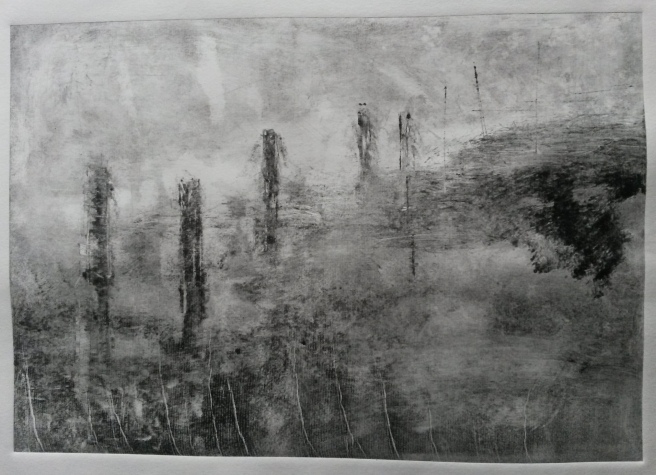 I like the definition that Monotypes are ‘pulled impressions’ that are drawn or painted on a plate. The images are created through applications of ink and then, with the material, that is to accept the impression, are “pulled” with the use of a press or manually rubbing and adding pressure. http://www.collectorsguide.com/fa/fa042.shtml

I also like the idea that no two prints are the same. Each is unique. Monotypes are inherently unique because only one or two impressions maybe pulled before the ink is used up. Although there may be a second impression, it is quite different from the first in that most of the ink was lifted from the plate in its first pass through the press. The second impression, called a ghost is much lighter or thinner and is more of a suggestion of the first. I like this as its similar to leaving a trace, a memory of its existence. 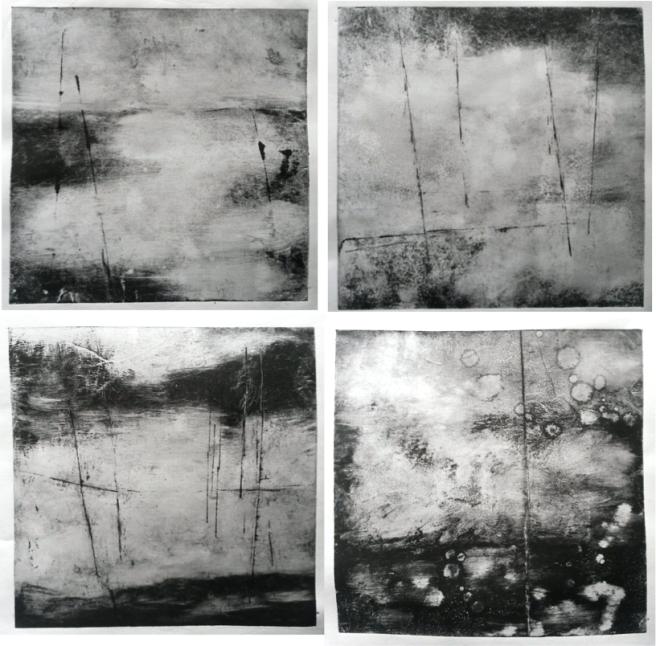 This same immediacy I enjoy taking into drawing work. I’m not one to spend hours on one drawing. For me it is a vehicle for learning, to make sense and meaning of something, to explore, investigate and articulate my thoughts through marks. I like the direct, immediate and dynamic means of rendering thought itself into form. 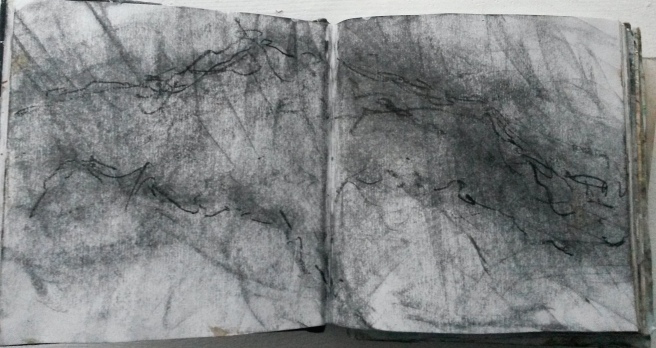 In terms of the coastal environment, I feel I have just scratched the surface and I can’t help but be drawn to the effects of time, the transience of nature, the things that go un-noticed and the ever-changing fragility of the things around me, particularly marks left by the tide. 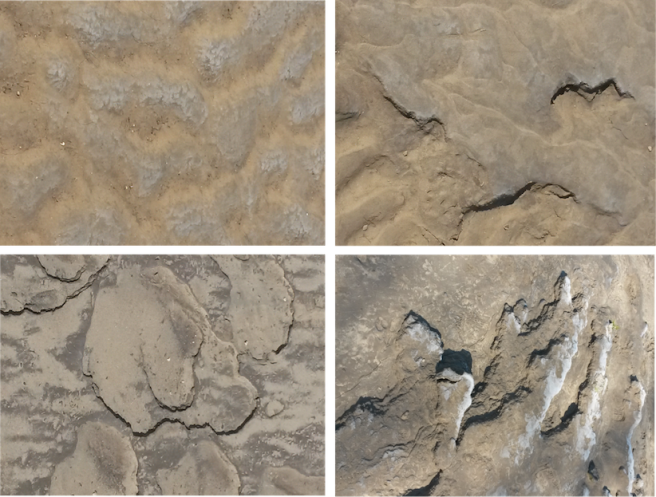 As Jacques Cousteau once said… the sea, once it casts its spell, holds one in its net of wonder forever and in the words of Nancy Price in 1947 … I have a passion for the sea, a passion which never abates. It whispers in my ear things that cannot be expressed in words.

l am still drawn to sequences and wherever I go I keep seeing them, not only within images of the sea and the environment but also within other artists work.

One thought on “Catching the Tide”