I spent some time in Cornwall recently, which was a bit of a change from Scotland. Thinking it would be good to experience a different kind of coastline, I went hoping for wild weather and wild seas to capture through drawing a dynamic sense of place.  The weather unfortunately was too kind with sunshine and light winds but the North Atlantic swell didn’t disappoint.

I couldn’t take enough photographs of the crashing waves. That breaking point where a wave peaks and then crashes down is mesmerising. The waves surge and begin to lean as they approach the shore. It seems that when a wave breaks, it’s the fast-moving back of the wave which spills over the slowing front of the wave  before it explodes at the shoreline and the shape of the ocean floor impacts significantly on this. 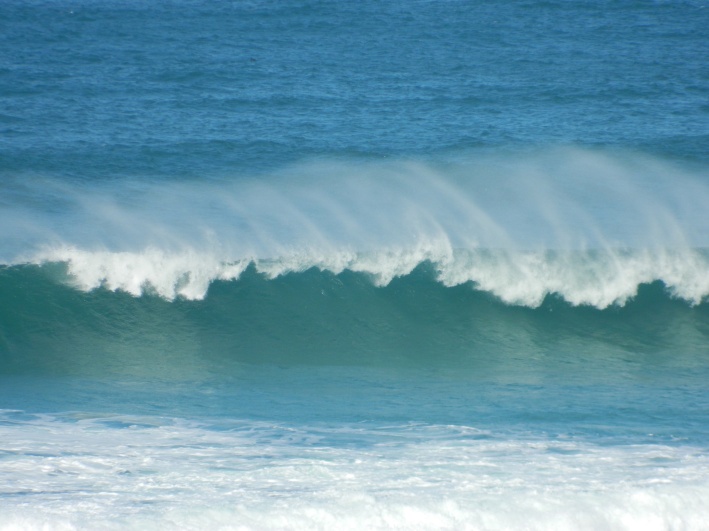 I can sit and watch the waves for hours. I get fixated. Years ago, I spent some time in Greenland and similarly I couldn’t take my eyes off the ice bergs. After 200+ photos  of them I vowed to put my camera away and take no more. But then I saw another and another and couldn’t resist. Each one was unique in shape, colour, texture and light.

I had this same fixation with the Cornish waves and surf.  The sea, the light, the constant motion of the Atlantic swell was all absorbing. I spent the first few days walking and watching, overwhelmed by the beauty. There was so much to take in as the ocean is never still.

It’s interesting to observe the swash rushing up the beach and the backwash moving the sand, shells and pebbles down the beach, back to the sea and  changing the landscape underfoot. Standing with bare feet in the water, you can feel the drag and pull towards the sea. The constant movement and dynamics of the water impacts  significantly on the surrounding landscape. The granite rocks in particular, showed all the scars of time, weather and tide.

I don’t know if it’s a genuine quote by Van Gogh but I can relate to “my sketchbook is a witness of what I am experiencing, scribbling things whenever they happen”.

After walking the coastal path, often high up on the cliffs from Porthcurno to Cape Cornwall. I realised I needed to be much closer to the water to feel its full impact. Most of all at the level of the incoming tide and surf  to smell the  sea air, taste the salt on my lips, hear the crashing of the waves, filling all my senses. That whole sensation and physicality of being there and being exposed to the elements first hand. The wind and the salt spray in your face and on the sketchbook page are all part of the creative experience, trying to gain an emotional response to place. 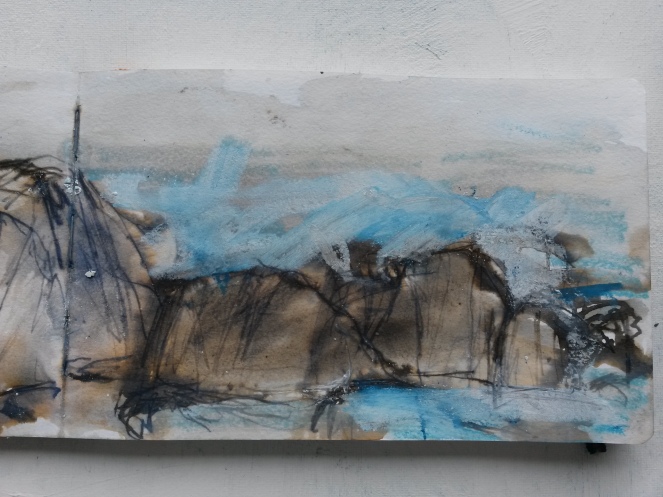 Kurt Jackson similarly regards his sketchbook as a visual diary, collaborating with the environment in an almost controlled chaos. His lines, marks, and strokes are often spontaneous. His approach and interest in environmental issues resonates with my own. He’s done quite a bit of work with Surfers against Sewage, a partner organisation of the Marine Conversation Society (MCS) which I’ve been a member for many years.

On a completely separate note I was delighted that one of my pieces of Kombucha work Salt Sequence 1  was chosen as 1 of 15 works by ‘Emerging Artists’ in the Fiber Art Now magazine Vol 8 Issue 3 Spring 2019.

You might recall that Kombucha fabric is grown as a by-product from the Kombucha fermented tea drink. The microorganisms feed on the sugary nutrients in the liquid, building nanofibers of cellulose that bond together into layers, creating a non-woven mat.

For this piece, the sea was my collaborator and salt crystals were formed on the surface of the Kombucha. Ideas relate to rising sea levels and climate change. 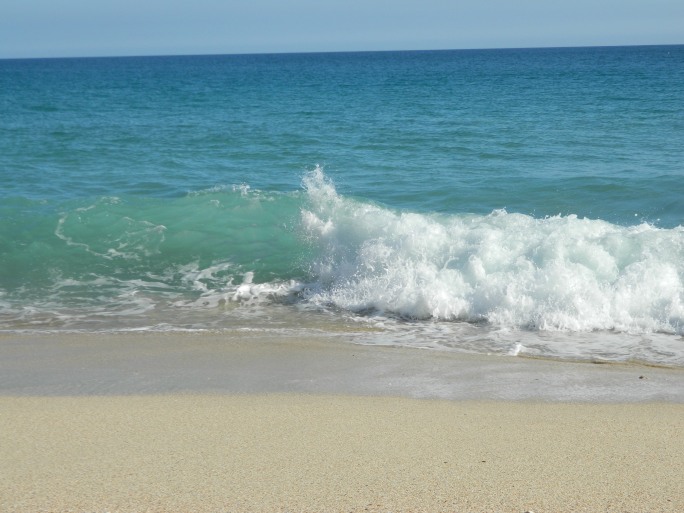 7 thoughts on “Dynamics of the Sea”